The Oniwaban of Two Faces Akari is Tensai’s young Oniwaban who’s bitten off more than she can chew, but is determined to make it work for the sake of the clan that adopted her. Orphaned at a very young age, Akari grew up in the streets of Teishou learning to fend for herself with quick wits and the fierce desire for independence. Her predilection for pretending to be a boy started at around this time, because it offered her a sense of security from those who would prey on a young girl with no home. When she was about nine years old and soon after meeting Takeshi, she caught the eye of Saki, the previous Oniwaban of the Tensai Clan and deceased wife of Soichiro. Akari was adopted as their new grandson, Akiteru, and groomed to take on the mantle of Oniwaban. She has so far proven effective at her job despite her inexperience. Whether it was her idea or her new grandparents’, Akari doesn’t particularly remember, but she’s lived in Akiteru’s shadow ever since.

Deception is freedom — Akari uses disguises to fulfill her role in the clan’s preservation. Two of her main identities are Akiteru and Kyoya, but she isn’t above creating faces on the fly if necessary.

Alias: Akiteru (明光), the secretive Oniwaban of the Tensai clan, adoptive grandson of the Karo. Akiteru does not show himself in court very often — he says he does not like the sun very much — but when his diminutive figure is spotted in public, it’s often with the lower half of a demon mask covering his mouth. His repute is such that no one yet living has ever seen him draw his blade due to the effectiveness of his terrific retribution — it’s just as well, given that the sword is entirely for show. He is known, however, for rewarding honesty.

Akiteru’s identity as a woman is known only (as far as she is aware) to the Karo, the Hatamoto, and the previous daimyou.

Alias: Kyoya (鏡夜), a secret agent of the Oniwaban with a dry sense of humour. Kyoya is a servant at the clan’s household, whose duties often find her mingling with the peasant-folk or running errands for the geisha house. Her status as an agent of Akiteru is known to the clan’s officers, the head of the Geisha house, and a few of her fellow agents — to everyone else, she’s a normal, young lady who’s always willing to listen to others, with a penchant for carrying an array of random things in her pockets. Kyoya also claims to be the Hatamoto’s childhood friend, which gives her free run of clan house — after all, who would tell him no?

Alias: Megumi (恵), a secret agent of the Oniwaban who first appears to accompany the officers to Mt. Hiei, to collect the iron sands requested by Takuma. She’s a simpering young girl with a shaky voice and a warm temper towards men who dare touch her. Due to a lack in time and resources, Akari merely dons a mask to hide her eyes as Megumi’s disguise.

First moon of spring ~ And thus the little flame reaches his seventh spring, to a celebration of fire. Setsuna shows interest in Chisu as a location for a sister house. It’s just as well that the gambling den went up in flames.

Grandfather will be pleased, no doubt, for even in his old age he still finds pleasure in spring blossoms.

Second moon of spring ~ The Hatamoto is undeterred in inflicting the new dojo on the Takumi and I. It has begun to creep into my sleep, the endless counting to a hundred.

Third moon of spring ~ The peasants show improvement, but also interest in making a one-way journey to Teishou. Some may change their minds once the grains for seed have been distributed in full, and the rice paddies are rejuvenated.

First moon of summer ~ On this fine, beautiful day, we add to our ranks a most interesting character in the form of Murasaki, our new Champion. Young Tenka also finds himself with a most worthy partner in our new Yojimbo-in-training.

With the addition of women to our officers, would Akari be accepted should she reveal herself?

My agents return from our neighbors bearing news that may yet turn sour. It seems these gambling dens spread much like an illness.

Second moon of summer ~ The Su Clan may have been remiss in their attention to the kami, but they did well by their blacksmith. Unfortunately, they have not done so well by their widows, if my investigations into their remaining clan members are to be believed.

I will have to set aside this investigation for now, due to my poor health. Lady Kumo is right to be disappointed, but at least I have three new agents.

Third moon of summer ~ Summer ends on a fortunate note, though we now have an akuma and what seems to be a mountain god to deal with. My condition betters with the help of a new friend, perhaps just in time if the Hatamoto needs must trek to the mountain. The blacksmith requires his sand and a god requires worshipping.

It feels humid, like the inevitable coming of rain. So many secrets can hide in seven years.

First moon of autumn ~ Our most hardworking officers seem to have secured a mountain and its god and resources for the clan most efficiently. I wonder what the price will be for success, and the consequence of mercy.

A warning is given, corruption spreads, and here I lay cursing my immobility.

Second moon of autumn ~ Pestilence comes in the form of white skin and golden hair in a shower of fire. If only it were our koku lost, but to take the women is a sin to be punished severely.

It must be done swiftly, before the child is presented to the sun. 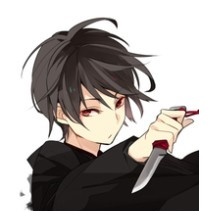